The New Frontier Of Energy Psychology 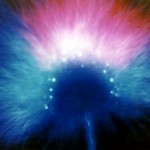 Does an instant cure for phobias, long-held anxieties, or moderate depression sound too good to be true? And what if this instant cure were non-invasive—no medicines, no tinctures, no needles? Does it still sound like a snake oil promise? This and more is what the field of energy psychology purports to do—to help people release, in just minutes, anything from a disabling fear of snakes to panic attacks to sugar cravings—no deep internal or unconscious analysis required. While it may sound like so much psychology-fairy-story, the techniques of the field of energy psychology have many practitioners and some surprising success stories.

The Premise behind the “Potion”

One of the leaders in this growing field is David Feinstein, PhD, a psychologist and former faculty member at The Johns Hopkins School of Medicine and the co-author of The Promise of Energy Psychology: Revolutionary Tools for Dramatic Personal Change. He has written, “Your emotional health, your success in the world, and your level of joy can all be dramatically enhanced by shifting the energies that regulate them.” Also on the subject, energy healing author and teacher, Cyndi Dale, has written:

All medicine is essentially energy medicine, for energy composes the world. And it is important to remember that all known and observable medical phenomena once dwelled in the subtle, or immeasurable, realms. X-rays, bacteria, and even the biochemical effects of aspirin.

The “energy” in energy psychology more specifically refers to the electromagnetic signals, brain waves, and the energy field surrounding and weaving though the human body. The basic principle here is that the human, and all other living things, is comprised of what has been called prana, chi (or qi), also referred to as “vital energy.” Some 5,000 years ago, the Chinese mapped the body’s energy system, and today, the channels of energy they discovered, which connect various organs, muscles, and emotional responses, are called “meridians.” Meridian therapy comprises the energetic basis of such healthcare techniques as acupuncture and acupressure. In the ancient traditions of India and Tibet, energy centers or vortexes, different but connected to meridians channels, were charted and received the term, “chakras” which survives today.

Despite the ancient origins of energy fields, the modern world still finds the premise of an “energy body” valid; EEG, EKG, MRI, and PET instruments all belong to a set of modern scientific medical equipment whose job is to convey an image of a person’s energetic and electrical makeup as it relates to the health of the body. Regarding the neurological basis of energy in the human brain, Dr. Candace Pert, the American neuroscientist and pharmacologist who discovered the opiate receptor, has written:

“Informational substances” such as hormones, peptides, and neurotransmitters find their way—in one of nature’s most stunning designs—to receptor molecules that are on the surface of every cell in the body. These “molecules of emotion” shape mood and thought. Significantly, it is a two-way process. Emotions and thoughts initiate a series of cascading chemical and cellular events—including the formation of new neurons—that are the basis of other emotions and thoughts…Energy psychology uses techniques which are “designed to deliberately shift the molecules of emotion.”

One Study on Energy Psychology

A fourteen-year systematic study into the effectiveness, as well as the contraindications, of energy psychology techniques was carried out in clinics in South America; it involved 31,400 patients. Results indicated that energy psychology techniques were most effective—often completely—in treating anxiety disorders, such as panic disorder, phobias, social anxiety, post-traumatic stress disorders (PTSD), obsessive-compulsive disorder, and separation anxiety, as well as fear, anger, depression, grief, adjustment disorders, impulse-control issues, and learning and communication disorders. The treatments were reported to be moderately effective in treating such issues as Tourette’s Syndrome, substance abuse issues, eating disorders, and motor-skills disorders. Finally, the techniques were shown to be ineffective as a sole treatment for endogenous depression, personality disorders, bipolar illness, psychosis, and dementia—all issues with a strong genetic as well as an environmental determinant. According to the report, energy psychology treatments could help with these latter issues when used in conjunction with the conventional therapies (Feinstein, 2005).

Energy psychology is a synthesis of the ancient art of acupressure with newer energy healing modalities. Emotional Freedom Technique (EFT) is a method that uses gentle tapping, massaging, or gently rubbing key acupressure points, or acupoints, in combination with the use of phrases of intent. For example, a person might tap, or alternately massage or hold acupoints while stating, “Even though I fear spiders, I accept myself completely.” The idea is to address the fear while using EFT to energetically affect conditioning in the brain, in order to neutralize the fear. It may seem bizarre and even preposterous that someone could lose a life-long phobia to insects after only a few minutes of thumping their body and making what amounts to affirmations, but this writer (at first highly dubious) has witnessed its results. Watch a video on the removal of a spider phobia with energy psychology techniques below:

EFT techniques may also be combined with other alternative therapies such as guided imagery, self-hypnosis, and energy healing to help a person both overcome an obstacle, and generate motivation and direction for future goals. Energy psychology is used not only to overcome emotional and physical complaints, but to help a person implement a goal, such as becoming a more caring person or writing a book.

Today, several VA hospitals and many practicing psychologists use the techniques of energy psychology to assist in their patient’s recovery, treating successfully conditions such as post-war PTSD, obsessive-compulsive behaviors, and agoraphobia. Others have successfully used energy psychology techniques to help them with addiction, depression, and emotional reactivity, as well as the pain of chronic headaches, arthritis, and a desire to improve one’s overall quality of life. As Fred Gallo, PhD, has written, “Many psychological problems can be treated without the need to pass through laborious stages of discovery, emoting, and cognitive restructuring which are frequently considered to be the hallmarks of true psychotherapy.” While those belonging to the more conventional fields of Western psychiatry and psychology may take issue with the claims that the manipulation of energy can induce healing, it holds a prize they cannot attest to possess; there are no risks, and zero side effects from its use. That fact alone should peak curiosity into the study and practice of energy psychology techniques. Conscious evolution demands it.