Our favorite brainwave entrainment company for meditation, health, performance and more. 50% off the entire catalog thru Memorial Day!

Lester Levenson And The Discovery Of The Method 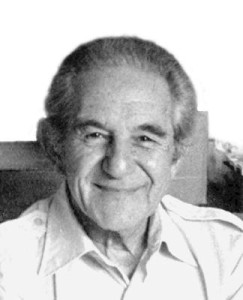 We all go through numerous challenges in life, but Lester Levenson was a man who seemed to have dealt with more than his fair share of difficulties. Already an accomplished physicist by the age of 42, Levenson had also made a formidable mark on the business world, having become a successful entrepreneur a few years previously. To an outside observer, it may have seemed that Levenson was on top of the world at this point, and it seemed that there was nowhere to go but up.

Tragedy behind the success

Behind the image of success and renown however, Levenson was far from being fulfilled and happy. Along with the severe depression that he had suffered from for many years, Levenson was also besieged with numerous health issues involving his liver, kidney, and spleen. Levenson was also diagnosed with hyperacidity, and years of ulcers had eaten away much of his stomach lining. In fact, Levenson’s condition became so poor at one point that his doctors basically gave up on him and sent him home to die.

In search of the solution

Faced with such a devastating turn of events, most people would have given up as well. But Levenson was no ordinary person, and he saw these latest tragedies as merely another set of challenges that he had to surmount. When doctors and science failed to give him the solution to his problems, Levenson turned to the one person that only he knew intimately well: himself.

With the intense determination and focus that had helped make him so successful in the first place, Levenson set off on a personal journey through his conscious mind and beyond to find the solution to his problems. The end result of this process was the discovery of a powerful tool for personal growth that exists in everyone. His findings formed the basis of what was to become known as Releasing, also the basis for the Sedona Method, the Release Technique and a few others.  Levenson was so excited about his discovery that he tested it out intensively over a period of several weeks. After three months, he was pleasantly surprised to realize that all his health problems had cleared up, and he was much healthier than before. Even more remarkably, the Sedona Method also gave Levenson a deep inner peace that he retained until his passing in January, 1994. He reached a level of mastery that is extremely rare, but achieved it not through an unexplainable “instant awakening” but rather a process that could be taught.

Sharing the Sedona Method with the world

After Levenson stumbled upon this groundbreaking discovery, the next step was to share it with the world. There are many other articles it wherein you can get the full details of the Sedona Method or Release Technique, but suffice it to say that it involves the lifting of limitations in our own minds. Perhaps the most remarkable aspect of this discovery was that the techniques for lifting these limitations can be learned by anyone.

When Levenson started teaching the method to small groups and individuals, he realized that there was no common language that could be used to describe his concepts. In order to formulate a means to codify the system, Levenson turned to the teachings in the Bible. Along with thorough grounding in various Western and Eastern philosophies, Levenson had all the resources necessary to bring what he began calling the Sedona Method to a wider audience.

Adyashanti – The Narrator and Consciousness

Lester, even though passed on as left a guiding spirit for me. I also put myself through the Sedona Method home course with great benefit, such as very much calming and quieting the mind. But the biggest advance for me in my clearing work was the introduction of “self-inquiry” techniques, which also led me to Sri Nisargadatta, whom Lester also recommended. Read Nis’ “I Am That” and Lester’s “Keys to Ultimate Freedom”. That and the basic Sedona method and the support group behind it, is imho all you need to push away the clouds to knowing who you truly are.

“I Am That” is amazing indeed.