There are many people who have worked all the way through Project Medication’s Lifeflow program, and are still looking for more. The Nirvana track was introduced recently and it uses the Gamma brainwave frequency to take advantage of something that has been observed in monks while they are meditating, an intense sense of focus and being “in the zone.”

Gamma waves are a very fast moving, low amplitude kind that is measured between 25Hz and 100Hz. They activate the front of the brain in particular, but they move throughout the mind whenever a person has an incredibly intense sense of focus and concentration.

When it comes to results, the Gamma frequencies have been found to do a number of things including:

These are all things that can benefit people in their daily life, but it is also important for meditation purposes. Meditating can allow a person to revisit memories and analyze them properly, overcome problems in their personal life, and make lasting changes, all of which are easier when you have the proper amount of focus to visualize them.

How Do You Use It?

This meditation track is used just like any other brainwave entrainment audio track. Most people choose to use it while quietly meditating in order to achieve the kinds of results that seasoned meditators have, but it can also be useful any time you need to be in the zone and functioning at a very high level. Each person will have a different reason for using it, but both of these can be great ways to use it if the anecdotal evidence is to be believed.

The meditation habit isn’t something that is easy to begin and stick with. Many people start meditating, but quickly fall out of the habit once they don’t have the success that they are looking for. This meditation audio track works to cut back on the learning curve by automatically taking your brain and putting it into the state that it should be in for intense meditative practices. It still takes time to learn how to do it properly, but this can reduce the time it takes in most people who have had  trouble in the past. Project Meditation recommends it for people who have already completed the program, but it can also work as a secondary component for special purposes whenever it is necessary to have a different kind of meditation.

Is There Anything Special About It? 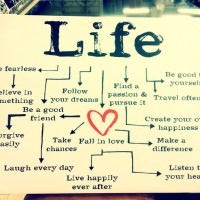 This track especially stands out due to the use of Gamma frequencies, which aren’t commonly found in many programs like this. Gamma frequencies are something that isn’t as tested and researched as other frequencies, but is nonetheless one that has been observed in many high performing people. This gives everyone the opportunity to have the same kind of brain function in their own life, although it remains to be seen if every person will benefit in the same way. It isn’t a part of the overall Project Meditation program, as stated above, but it is a helpful addition that has a special quality.
How Can You Get Nirvana?

Currently Nirvana is only available as a part of the complete Lifeflow package from Project Meditation. The complete package, however, is a full course in meditation and includes ten different levels along with this and another bonus disc called Awakening that also features Gamma brainwave frequencies. The course is well rounded and is designed to gently guide someone from a newbie to a seasoned pro in a matter of months, depending on how fast someone goes through each track. It isn’t known if they will start selling it on its own at any point at the moment. In the future they might change their mind, though.

The Nirvana Gamma frequencies are a new thing in the meditation world. There is more research that needs to be done before they will be fully understood, but at the present time it seems like there is good reason to believe that they will be a very helpful frequency in the future. This particular track is only available as a part of the complete package right now, but it is a worthy addition and something that should be considered.