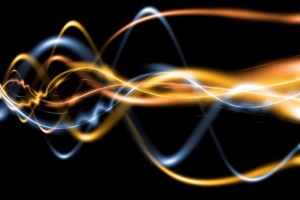 The brain is one of the most complicated systems in the body. Although it has been studied for years, there are still many things unknown about this amazing organ which is responsible for our entire bodies. One of the ways that we can learn more about the brain is by studying brainwave patterns.

Brainwaves are formed by the basic building blocks of the brain, the individual cells known as neurons. Neurons work and communicate with each other by electrical charges. These charges can be recorded through a procedure known as an electroencephalogram or EEG. The speed of a brain wave is measured in the cycles per second. When doctors or neurologists talk about the frequency of brain waves, they divide brain wave activity into five main types.

In order to give a basic understanding of how a brain wave works, it’s actually very simple. The lower the frequency of a brain wave, the slower the function or activity going on. Also, a rapid activity or thought requires a faster frequency of brain waves. Measuring brainwave frequencies is a useful tool that neurologists will use on patients to determine their brain function and activity.

The second type is Theta waves. These vary from 4-7 hz and are slightly increased, but still indicate that the brain is not functioning very quickly. Generally a person who is measured having Theta waves is either in a light state of sleep or deeply relaxed, such as the type of relaxation that is seen in meditation. They are also associated with a few beneficial states such as increased creativity and learning potential. These experiences are generally known as “Ah-ha!” experiences where a person will suddenly grasp onto a concept or idea. By running at a lower frequency, the Theta frequency allows the mind to be more creative and think “outside the box.”

Alpha waves are the third type of brain waves. Their frequency varies from 8-13 hz and are probably the most common in the average person. They occur when a person is relaxed and calm, generally going about their daily activities. Most people living an average life will have Alpha waves on a regular basis, except for periods of high stress and danger. They vary from a state of deep relaxation to a higher end which is more focused, but with no anxiety. This is what is known as the “super-learning” state. When the brain is primarily dominated by Alpha and Theta waves, it can accept a larger volume of information than normally possible. The normal conscious filter of the mind is by-passed, meaning that knowledge is absorbed directly.

The fourth type of brain wave is the Beta wave which ranges from 13-38 hz. This is most commonly seen when a person is actively thinking and problem-solving. Researchers who measured a person’s brainwaves while giving them a mind puzzle or problem set to complete found that their brain frequency increased as they struggled to work through the problems. A person whose job or life includes working through problem-solving activities on a daily basis probably has a fair amount of Beta wave activity every day. Beta waves are associated with concentration, arousal, cognition, and alertness. In the highest levels, Beta waves may actually be associated with anxiety and unease, meaning that there are some negative effects with these frequencies.

The fifth and final type of brain wave is the Gamma wave which ranges from 39-100 hz. This is one of the more recently discovered brain waves, which was previously thought to be impossible. Gamma waves are associated with higher mental activity and the consolidation of information. In studies with different groups of people, researchers found that Tibetan monks who entered deep meditation every day produced Gamma brain waves both before and during their meditation practices. While scientists are still learning more about Gamma brain waves, the monks are also able to remember huge amounts of information and have increased overall brain functioning, possibly indicating the benefits of a higher frequency.

The average person isn’t generally producing only one type of brain wave at a time though. The brain is a complicated organ which has multiple parts working together. A person’s overall brain activity is a mix of all the frequencies happening at the same time. Some of these are happening in greater quantity and strength than others. The brain is flexible and will vary the brainwave activity happening in different areas of the brain to be most efficient. For example, a person who is running very hard will see higher frequencies in their movement centers, but there will be lower frequencies in the problem-solving areas to compensate.

These are the basic reasons for different brainwave patterns that happen daily. Most people experience a variety of brainwaves on a daily basis depending on their activities and thought processes. Each of these brainwave frequencies has a purpose and is important for every person to experience for optimal health and functioning.