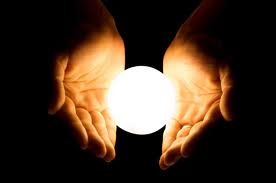 Our remedies oft in ourselves do lie. – William Shakespeare

The Academy of Intuition Medicine describes energy medicine as an ancient wisdom all humans possess. According to their Academy Journal, “[Energy medicine] is a bio-electric based natural intelligence with a magnetic pull directing living organisms toward health.” The body is viewed as possessing multiple and specific energy systems correlating with the gross anatomy. These systems are thought to have evolved with the arise of life, and are believed to still be evolving today. Some of these energy systems are known as the meridians, the biofield (or aura), the chakras, the electrics, the strange flows (or five rhythms), and the basic grid, although others have been identified and labeled. These distinct energy systems—incorporating electrical energies, electromagnetic energies, and what is known as the “subtle” energies—are believed to interact and inform one another as well as the mind and the body. Subtle energies were described by Einstein as energy we know about due to its effects, but do not (yet) have scientific instruments available to empirically measure.

Energy healing, or biofield energy medicine, has existed for thousands of years and across human cultures. According to Donna Eden, energy healer and teacher, this energy, which is believed to ensure the vital health and proper function of all molecules, cells, organs, and systems in the living body, has been called prana in the yoga tradition of India and Tibet, qi or chi in China, baraka in the Sufi tradition, ki in Japan, megbe by the Pygmies, and wakan by the Lakota, among many other names in many other cultures.

The Pranic Sheath and Chakras

The Upanishads—ancient philosophical texts foundational to Hinduism—teach that the human soul possesses several sheaths, or bodies. Prana is the Sanskrit term for “vital life,” or essential energy. It is taught that within the pranic sheath there are 72,000 energietic currents called nadis. Nadis localize at energetic vortices known as the chakras. According to the tantras, a large set of Hindu and Buddhist esoteric scriptures, as well as in the yogic traditions of India and Tibet, the chakras are the energetic locus of arteries, veins, and nerves.

Manipulation of these energy currents through yoga, breathing, meditation, tantric communion, and other exercises is believed to boost and align the life-force, promoting health and vitality. These energy healing practices can be employed whenever the body or mind get into trouble, whether fatigue, poor mood, or general malaise is experienced, as well as during the experience of disease states in the body.

Around 5,000 years ago, Chinese practitioners charted energy channels or pathways which run through the human body known as “meridians.” Chinese healers saw each meridian as flowing through particular organs, muscle groups, and limbs. The flow of meridians running through and around the body has been likened to an energetic bowl of cooked spaghetti. The strands of essential energy are viewed as running throughout the body in a continuous loop, and enter and exist at locations on the body known as acupuncture or acupressure points. Manipulation of these points—whether by holding, massaging, or tapping with the fingertips—is believed to reduce tension, congestion, or energy blocks which are believed to be the source of pain or illness. Tracing or “flushing” the flow of energy along the meridians is also believed to be a powerful energetic healing technique (Thie, 2012).

A 2010 study on Chinese meridian theory and phenomena reported, “[A]lthough the physical structure of meridians has not been found, the existence of the meridian phenomena has been fully confirmed” (Wang, 2010). Through this theory, any illness or upset occurring in the physical body arrives first as a result of disrupted or blocked energy in the flow of meridians. Chinese healers used meridian therapy to help people maintain health as well as to heal from illness. They taught their patients breathing techniques, meditation, and slow, engaged movement meant to realign the flow of vital energy through the body. Meridian therapy works in conjunction with acupuncture and acupressure medicine and has been adopted by many modern Western physicians, chiropractors, naturopaths, and other healing professionals.

Toward a Current Understanding of Energy Healing

Multiple forms of energy medicine are practiced in both the East and West today. Modalities available to modern practitioners include ancient techniques—from meditation to yoga to reflexology to qigong, a 4,000-year-old martial art that incorporates slow movement and breathing exercises—as well as modern practices. Some of these more modern approaches may involve electromagnetic therapies, Reiki, emotional freedom techniques (EFT), neuro-linguistic programing (NLP), and many others.

A Yale scientist named Harold Saxton Burr, noted for his “electro-dynamic theory of development” used a voltmeter to detect and register the electromagnetic field around plants, animals, and humans. In the 1930s, he was astonished to discover that the electromagnetic field surrounding an unfertilized salamander egg took the shape of an adult salamander, as though it were a blueprint for the unfertilized egg’s potential. Burr determined that the flow of this electromagnetic field, which he found surrounding molds as well as human beings, corresponded with health as well as illness. In other words, the relative strength and well-being of any living thing was written in its energy field (Eden, 2008).

Richard Gerber, MD, physician and author, has said, “The ultimate approach to healing will be to remove the abnormalities at the subtle-energy level which lead to the manifestation of illness in the first place.” Popular TV show host and physician, Dr. Mehmet Oz (“Dr. Oz”), has famously said, “Energy medicine is the future of all medicine.” Availing oneself of the many therapeutic treatments and remedies for energy healing is believed to be a powerful tool humans can employ in order to begin the work of healing themselves. Healing, after all, starts and ends with emotional, psychological, physical, and energetic fitness—all factors people have some control over. An energetic component to approaching this quadrant of health may be the next frontier in healing, one with a potent foundation in the past.