What do you make of the ADHD debate?

Perhaps you know someone who is struggling with the disorder; that’s not unlikely, given that roughly 11% of American children have been diagnosed with it. We are all entitled to our own views on Attention Deficit Hyperactivity Disorder, and they vary widely, from those who recognize that children are having increasing difficulties in paying sustained attention, and that they need help, to a minority who are convinced that a ruse is being perpetrated by teachers tired of calming their more restless students. As opinions develop and a huge amount of new research steadily becomes available, it seems likely that the general support for the idea of ADHD as a real and damaging problem will solidify.

There are a bewildering range of explanations for the possible causes of ADHD. Levels of serotonin appear to play a crucial, causal role, as do prevailing levels of cortisol, the hormone linked to stress. It is this chemical-centric view of ADHD – regarding it as a neurochemical imbalance in the same model as depression and OCD – which has, in part, led to the popularity of prescribing stimulant medications. This controversial approach has met with some success, while also having been criticized for having treated a long-term problem with a hopelessly short-term solution. Stimulants such as Adderall have been linked to sudden deaths and, although millions of these pills are taken every day without obvious adverse effects, some practitioners remain worried that a life-long relationship with stimulants (whose neurochemical action is little differentiable from that of cocaine) will stunt growth and cause cardiac problems. Certainly, many parents understandably balk at the notion of sending their kids to school ‘high’.

Variations in child brain development seem to offer a mechanical, anatomical explanation, centering on the formation of strong neuronal connections at around the age of seven. After this, research has found, the connections are increasingly pruned away, leaving fewer, but stronger links. It seems, then, that the skills set required for a child to pay attention consistently must be learned at a young age, before the tendency to create neuronal connections upon which it relies begins to fall away. For an example of how the loss of these connections can strongly influence the life experience of the child, consider this: every child is born with synaesthesia, a fascinating condition in which an input in one sense (hearing, vision, etc) are interpreted in the child’s mind in a way which creates outputs in another sense; color-hearing is one of the most common manifestations of this surprising link, leading children to perceive not only a pitch or a key, but to associate it very clearly with a color.

Sadly, one might say, these connections survive the 7-year old pruning stage in only one in every two thousand people, a charmed minority whose lives are forever touched by these strange and often wonderful correlations; there are even personality-color synaesthetes, who might perceive an aggressive person as embodying one color, but a hippie as very differently hued, and color-sound synaesthetes, who actually hear a specific sound when presented with a color.

The same neuronal loss is being held responsible for attention problems in young people, and increasingly in adults. Far from being the monolithic entity one might imagine, the brain is incredibly dynamic, heavily influenced by its prevailing chemistry, and readily able to create and solidify neuronal links which are strengthened through assiduous practice. Medication, then, can be seen as a stop-gap response which offers relief from the worst symptoms of ADHD, but which cannot claim to spur the construction of a life-long neuronal architecture which might truly address the issue. 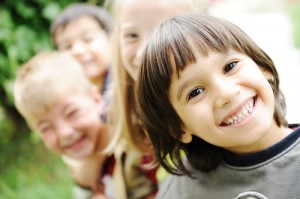 ADD sufferers – both those who deal with their symptoms without medication and those who take stimulants – typically exhibit moments of ‘peak’ attention which seem to indicate a hidden ability to concentrate. When fully engaged in a task, they bring a laser-beam ‘hyper focus’ to their work, quite the opposite of the distractible, thrill-seeking norm. Although this may seem as though the ADD patient is simply failing to bring the required focus when it is, in fact, within their grasp, such extremes of focus are themselves damaging. Much can be achieved during a ten-minute session of intense focus, but much more could be achieved by a ten-hour workday of regular and orderly concentration. Treatment, therefore, should address the issue not of maximizing attention, but of regulating it.

A middle way is needed, and unsurprisingly, this is where meditation comes in. If there is one word which comes most often to mind when considering the effects and benefits of meditation, it is regulation. Meditation offers practice in bringing steady, continuous attention to a fixed object – the breath, in most cases – and it is this regulated, sustained focus which practices the skills ADHD sufferers lack. By controlling the thought process and eliminating the tendency to dwell on our worries, meditation alleviates stress and produces positive neurochemicals which directly affect mood and behavior. Those who meditate regularly have claimed an increase in their ability to control impulses – to make a questionable purchase, or open another bottle of wine, or reach for yet another candy. I can attest to the power of meditation in reducing a tendency to goof off and play video games; the decision to do so appears to encounter new and surprisingly stiff resistance, and is therefore put aside much more easily.

Powerfully, meditation also offers regulation of the emotional system. ADHD sufferers are often seen ‘spacing out’ when they are supposed to be engaged in a task. We all have an inner life, invisible to everyone else, in which we reside for a greater or lesser portion of our waking lives. Deciding to dwell at length within this fantasy realm has serious consequences; this is an unreal landscape, a fiction built not from new or even genuine information, but on a rehashing of old data in a pointless and damaging cycle. Departing from this cycle frees the mind to focus not on worries and regrets, but on the ever-present and stunning complexity of reality. It is dwelling within reality which is the aim of meditation, and which offers the best hope, in my view, of subduing ADHD. 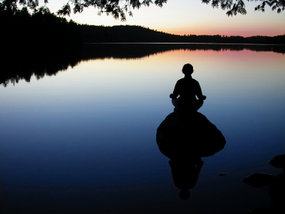 Once unencumbered by the unhelpful, albeit beguiling, pseudo-reality of our mind’s fiction – once intimately acquainted with the real – the brain is no longer doused in the neurochemicals thereby produced, and a powerful and compelling change can take place. The meditator is now able to devote their newly-attuned focus to the actual facts of their environment, and not the worries which are – and I seek your agreement here – not real. A thought is not reality, it is merely a thought. By thinking it, I do not make it so, I merely show myself a movie of it, within the theater of my inner world. That movie becomes misleading if it is misinterpreted by the mind as a genuine object and regarded as such.

Let me try an example. I had a terribly awkward conversation with a colleague at work; I appeared to have criticized a fundamental element of their approach, and they were very put out. I came home with the incident replaying in my mind, wondering whether I could have handled it differently, and worrying about how I would deal with our next meeting. As time progressed, the conversation became so horribly, skin-crawlingly awkward in my own mind that even thinking about it caused me to shudder in discomfort. I re-played, again and again and again, the movie of the event and invited my mind to dwell on it, to live it repeatedly. Somehow, I hoped that my worries would be alleviated by additional insight such repetition might provide.

I was quite wrong. Instead of helping me to understand the incident better, the rewind-repeat-rewind-repeat pattern merely filled my head with the worst kind of chemicals, a vicious cocktail of negativity which created its own downward spiral. I became depressed. At the time, bathed in the chemistry of sadness and regret, I did not recognize that this mood was entirely and purely self-created. The incident had happened only once, after all, not repeatedly; playing myself the movie a hundred times merely compounded the problem.

The same applied to worrying about the future. The only moment when I needed to concern myself with the thorny issue of our next meeting was, in fact and of course, at that meeting. Nevertheless, I created another movie, one in which my depressed consciousness had a free creative hand; the conversation could have gone in any of a thousand directions, and I played out the most devastating handful, over and over, rehearsing them in my head (and even out loud, like an actor learning his lines) in some bizarre and thoroughly useless preparatory exercise.

In an earlier piece, I confessed that my response to unwelcome, unreal thoughts was simply to swear at them. I still do this, and still find it very efficacious. I’m trying the same technique with past regrets and the movies that come with them: Are you now? No? Are you simply, then, a movie created entirely by my depression, intended only to perpetuate it? You are? Well, f*** off, then. It’s amazing how quickly an insidious thought will behave just as we ask, when it is instructed firmly enough to do so.

One’s emotional life is hugely helped – is healed, like a wound – by a renewed focus on what’s in front of us, rather than the past or the future. Less time spent ruminating on failures gives more time for accessing the incalculable wonders of available reality.

In an apparent bid to combat literally every aspect of ADHD, meditation also appears to encourage organizational skills and personal planning; meditators are more likely to keep a date book, to pay their taxes on time, to remember birthdays and anniversaries. Consistent sitting engenders a useful self-awareness, leading to fewer social faux pas (just the kind we’d otherwise ruminate on!) and a happier, breezier outlook. ADHD sufferers tend to seek extremes, to enjoy the idea of big risks and pitting themselves against near-impossible odds. There are indications that, through the support meditation provides to impulse control, a tendency towards thrill-seeking, risk-taking, gambling and other addictive behaviors is addressed and reduced in its impact. Meditators find less interest in the ‘will it / won’t it’ dichotomy because they understand the sensation is transitory and relies on the anticipation of a future event, not the present moment; they are also more likely to recognize that, whatever we may do, the house always wins. Reward circuits such as those created by nicotine, sugar and alcohol may be found to be less rewarding, and thereby begin to break down.

A meditator is providing consistent practice in weeding out and ignoring the unreal. Nothing other than the reality of the given moment is to be dwelled upon when we are sitting; not worries, not regrets, not hypotheses, not ‘wishing it weren’t so’, and certainly not those beguiling little clips of inner-world theater dedicated to fleshing out the latest manifestations of unreality. Sure, you screwed things up, but you did that yesterday, not now. Sure, you have to face up to your failings and weaknesses, but
that’s not now, it’s tomorrow. The present moment, the meditator understands, consists purely of now, and nothing else. Let the worry go and return to your anchor, the object of your focused practice. Let the regret pass like a cloud across an azure sky, and return gratefully to the safe harbor of your breath, consistent and life-sustaining and invigorating and indelibly, purely now.

Yours in the Dharma,