What would be your first reaction if someone told you they were depressed?

Today, there is general public acceptance that depression is a real problem which is incredibly damaging to the sufferer’s life, work and relationships, but for centuries, such people were told simply to ‘pull themselves together’ or ‘cheer up’, as if their despondent state was rooted merely in an unforgivable laziness. Somewhat later, medical scientists began to tackle the problem. Fumbling blindly amid the dearth of proper research, they put patients through the torture of electro-convulsive therapy and other well-intentioned but horribly misguided barbarisms. There was a period in the 1980s when it became almost fashionable to claim that you were depressed, and patients began experimenting with anti-depressant medications, with mixed, if generally positive results.

The fields of psychology, psycho-pharmacology and brain scanning have all advanced markedly since these early attempts at a ‘cure’ for depression; indeed, one of the principle realizations has been that no such cure can exist, that depression is a lifelong condition to be managed and mitigated. In this sense, depression is no different from angina or diabetes or, for that matter, HIV/AIDS; these are diseases which patients must simply live with, taking prescribed medication and adapting their lifestyles accordingly.

In the last ten years or so, however, a new method has achieved success in the treatment of depression. Mindfulness-Based Cognitive Therapy (MBCT) addresses the cerebral mechanics of depression by training the patient in techniques which shift mental focus away from the brooding negativity which creates the depressed state. They are trained to recognize negative behaviors for what they are – habituation with harmful ramifications – and steer their thoughts in a better and more productive direction. Such training has at its core the practice of meditation, and in making this practice routine, thousands of depressives have found relief, a new understanding of their condition, and in many cases a lighter, happier view of life.

For many patients, meditation works as a complement to medication. Patients who reduce and then ceased taking their anti-depressive medication are 10-15% less likely to regress if they practice meditation. Sitting, especially at length, trains the mind in an essential skill which has broad, positive applications: focusing on what we choose to, rather than on the ceaseless ruminations of an unhappy mind. At a given moment, I could choose (should I decide to really darken my afternoon) to focus on the fact that I’ve now lost all four of my grandparents, or that my day job is driving me to despair, or that Sunderland AFC continue to play football as if they were at the local playground, rather than in the English Premiership.

But I don’t. I used to, of course; my mind was a generator for three categories of negativity, all of them damaging and wasteful. The past became a source merely of regret and recrimination; why ever did I make that thoughtless, immature comment, back when I was nine? Couldn’t I have seen that my college relationship was heading only for heartache and disaster? If I had remembered to get milk at Trader Joe’s yesterday, my tired, stressed wife wouldn’t have been obliged to go out of her way to pick it up, etc, etc, etc. The present was slightly easier to bare; the scenery keeps changing and there’s the chance to do things better, every second and every minute, but I made a habit of doubting my own thoughts, my musical creations and performances, convinced that I was, contrary to every opinion, a talentless charlatan. And cogitating upon the future, even more so than on the past, produced tidal waves of panicked concern: Will our rent increase again this year? Will my parents’ health be good enough for them to visit before Christmas?

I wonder if you’ve ever found yourself doing this. Over years, I developed the habit of repeatedly ‘rehearsing’ worst-case scenarios, imagining how things would be if everything went wrong, picturing the scene, practicing my lines for the huge falling-out with someone, or the merciless put- downs which would end the relationship, or a furious and stirring resignation speech. Living through so very many iterations of a horrible event – like imagining your reactions to the death of a loved one – is not only a waste of time (as it achieves, improves and enhances nothing about your life), it also pours negative chemicals into your brain. Believe me, for most people, these chemicals exist in sufficient abundance without our boosting their volume. Our job is to do the reverse; to excise behaviors which tip the neurochemical balance in the wrong direction, and to cultivate those which do the opposite. 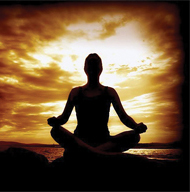 Physicists have claimed that matter, energy, time and thought are one and the same. I respectfully disagree. Matter is tangible, energy is measurable and time is incontrovertible, but thought has none of these properties. It is a phantom, a mist, unworthy of elevation to material solidity. For a depressive, thoughts can best be labeled as simply unreal; they are temporary fictions arising from the play of the mind. If your mind is feeling actually playful, that’s one thing; if your mind is determined to persuade you of your own worthlessness and impending failure, that’s quite another. Heeding these thoughts, especially the negative ones, is a risky venture, divorced from the true nature of things. We are easily misled, but it need not be so.

Even if you do stand a good chance of screwing up on tomorrow’s test, what benefit is there of thinking that way? Even if you did, in fact, ruin the life of a classmate with a spitefully acidic joke, how can you possibly take it back (short of renting a time machine, and last time I checked they remained frustratingly unavailable)? Meditation gently reminds us to focus on what is, not what the mind would have us perceive.

Early in my work on MBCT I learned to dismiss negative and self-critical thoughts by following a simple tip: I swore at them. Each time such a thought cropped up, I would carry out a brief, silent interrogation:

It was extremely effective. Apart from being a light-hearted reaction to the awful, self-sabotaging tendencies of the depressive, it was swift and decisive. No errant thought can withstand such unyielding dismissal. It is the cerebral equivalent of a red card; the thought is banished, unlikely to return, at least in the near future.

Let’s be clear: external forces such as stress, bereavement, economic uncertainty and social problems all contribute very directly to depression. Many of these we cannot change. Instead, I focused largely on the mechanics of my own mind and the thought-habituations I had engrained there. Meditation helped me to recognize the futility of rumination and worry, and the deeply flawed and unscientific nature of self-doubt. These things are not real. They are certainly not now. And therefore, they can all f*** off. I’m ten times happier than I was two years ago, and a hundred times happier than when I was a child. 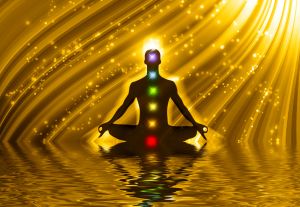 Mindfulness-Based Cognitive Therapy was only one of the methods I used to alleviate my depression. If you’re struggling with this pernicious ailment, or helping guide someone who is, I suggest researching the following tried-and-tested methods. I submit them, and this far-from-comprehensive introduction to MBCT, with my sincere hopes for your happiness and increased wellbeing.

Above all, I invite you to accept that this is an illness, and that it will take time and work to become well. Depression will, with your sustained effort, become reduced to form so small a part of your life that you simply won’t notice it. Such cheerful, focused wellness is the greatest gift of meditation.

Yours in the Dharma,
Dr. Graham Dixon