Pema Chödrön Shows Us the Way through Our Fear 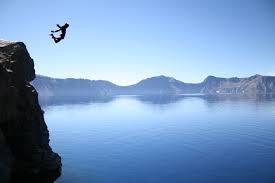 A Buddhist nun was once asked by the inveterate Bill Moyers, “What is a bodhisattva warrior?” Her explanation to his American audience was simple, non-sacrosanct.

“Well, it’s someone who takes a vow, actually, which I have done, and many Buddhists do, that, my main passion in life is to awaken myself. And I believe that everybody could do that.”

Pema Chödrön, regarded as likely the first American woman to become a fully ordained female Buddhist monastic (or bhiku), has been living as a Buddhist nun for four decades. Chödrön teaches around the world and has written bestselling books about the path of Buddhism to a Western audience. Chödrön follows the Shambhala Buddhist lineage of her late teacher, Buddhist master Chögyam Trungpa Rinpoche, who was highly revered but considered controversial by many in his decision to bring Buddhist teachings to Westerners.

Experiencing It as It Is

Guatama Buddha is regarded as having once said, “I teach only two things. Suffering and the end of suffering.”

The first of the Four Nobel Truths of Buddhism, which encompass the essence of Buddhism’s teachings, is life means suffering. The following Truths explain the cause of this suffering, reveal that the cessation of suffering can be attained, and disclose that there is a path one can follow in order to attempt to alleviate suffering.

It has been said that, at base, there are only two emotions: love and fear. If life means suffering, it can easily be understood how this would be so. Of course, despite the wreckage, the longing, the loss, the pain, there are stretches of steadiness and even of beauty, light. It is in those moments perhaps that we slowly become most vulnerable to fear; we don’t want to lose the precious security in what we’ve found.

Pema Chödrön discusses suffering as other teachers have. Suffering is not so much about what happens to us, but “how we relate to the things that happen to us that cause us to suffer.” No matter how well we keep our commitment to a meditation practice or how devoted we are to our discipline or teachings, we will experience loss. We will know pain.

In The Places That Scare You, she writes, “Our practice is to stay with it, to leave it, to experience it as it is.” This includes ourselves. Too often we become aligned with the voice of our inner critic or with the voice inside who shouts in terror. Our heart rate rises. Our breathing quickens, shallow and fierce. Our pupils dilate and we become hyper-vigilant yet somehow less aware inside the too-long moments of suffering and fear. What if we could allow ourselves instead, to step back and observe? Simply and quietly acknowledge our bodies’ responses. Hear the inner voice as it shouts or trembles. What would we begin to experience then, as we pass quietly from the terrified to the observer of the terrified?

Everybody Has Buddha Nature

In her 2003 bestselling book, Radical Acceptance: Embracing Your Life with the Heart of a Buddha, Tara Brach wrote:

Several years ago a small group of teachers and psychologists from the United States and Europe invited the DalaiLama to join them in a dialogue about emotions and health. During one of their sessions, an American vipassana teacher asked him to speak about the suffering of self-hatred. A look of confusion came over the Dalai Lama’s face. “What is self-hatred?” he asked. As the therapists and teachers in the room tried to explain, he looked increasingly bewildered. Was this mental state a nervous disorder? he asked them. When those gathered confirmed that self-hatred was not unusual but rather a common experience for their students and clients, the Dalai Lama was astonished. How could they feel that way about themselves, he wondered, when “everybody has Buddha nature.”

Though it can be many times difficult to remember this essential nature within ourselves and others, a practice which encourages its truth can be a profound and illuminating guide out of the abyss.

Chödrön teaches us, with the immanent grace of her Buddhist wisdom, and the very directional smarts of her American intellect, that we don’t overcome our fear by going around it or over it or under it. Rather, when we rest in the in-between state, the place at which there are no answers, we can learn to embrace the hurt simply because it hurts. It is a truth of the present moment. Suffering is what is. When we search with wide-eyed and open-hearted looking, we touch our fear with consciousness and both are changed, even if the process occurs slowly. Awakening rarely happens overnight and never without a little pain. Suffering after all, is part and parcel to the path every being must walk. So best to make friends with it, if you can. It may become your best teacher. 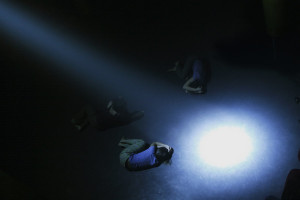 Confess your hidden faults.
Approach what you find repulsive.
Help those you think you cannot help.
Anything you are attached to, let it go.
Go to places that scare you.
— advice from teacher to the Tibetan
Yogini Machik Labrön

Adyashanti: The Paradox of Unity and Spiritual Autonomy

Mooji on the Concept of ‘You Must Have a Purpose’

Merge and Unite With What Is – Adyashanti