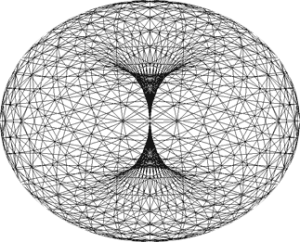 Taking up a meditation practice is often challenging in our superfast, busy lives. People struggle with trying to slow down and achieve focus. It is easy to get distracted by the numerous demands of day to day living.

A program that claims to help people slow down their pace and find it easier to attain deeper levels of consciousness is the Profound Meditation Program 3.0 (PMP 3.0) by iAwake. Built around the technologies of ‘brain entrainment’ and ‘biofield entrainment’, the program reportedly has helped hundreds of people develop a daily meditation routine.

What is the Profound Meditation Program Starter Kit?

First it should be mentioned that the official iAwake website expressly states that the PMP is not meant for a substitute for meditation. That is, it is not a magical tool that will instantly enable you to deepen your consciousness and achieve the meditative states of monks. It requires dedicated practice to be able to do that.

What the program does do is that it acts as a motivator and disciplinarian for the brain. The tracks primarily help to stimulate changes in brainwave patterns. The rhythmic sound pulses help to attract brain neurons and trains it to match its own patterns. This is traditional brain entrainment. These changes help to achieve a meditative state that monks achieve on their own through years of practice. It is a shortcut to deeper consciousness, but only as a catalyst.

The program comes in two modules. The first is the starter kit for the Profound Meditation Program (PMP).

The tracks (totaling 120 minutes) on the 2 CDs of the PMP starter kit themselves are combinations of soothing sounds of multiple frequencies ranging from alpha waves to deep theta waves. There are some inaudible frequencies included in the layered sounds. These frequencies help to energize the brain and open up blocked passages of consciousness.

The additional manual that comes with the module explains the technology used in the program, called the iNET technology. This technology combines several methods of brain entrainment for greater effect. A combination of overwhelming, stimulating tracks and low intensity carrier frequencies helps to give the nervous system time to recover while still capitalizing on the stimulation. This type of carrier wave therapy respects the natural cycles of the nervous system and slowly helps to train the brain to reach higher levels of stimulation without being overwhelmed.

After a few months of getting used to the PMP starter kit, customers can try out the Full Spectrum module. This is the advanced version of the starter PMP, which comes with 4 CDs. This program includes a total of 190 minutes of Primary Meditation Tracks, 60 minutes of Releasing Meditation tracks in addition to 2 CDs the starter kit doesn’t have.

The sound frequencies used in these tracks range from 0.1 Hz to 0.001 Hz, below our ordinary hearing range. These are super-low sounds at some of the highest frequencies possible. They help to stimulate the brain to deeper levels of consciousness. People who have used the epsilon tracks report having had extreme mystical experiences with it. In fact it is not recommended to jump immediately into epsilon stimulation. A ‘ramp’ track (from Primary Meditation) is advised first to slowly ease into this deeper state.

The fourth CD is a Gamma and Hyper-Gamma meditation CD

The Gamma tracks on this CD range between the frequencies of 40 to 99 Hz, which is well within our hearing range though at the lowest end. I have found reviews online to suggest that these high amplitude sounds have helped people practicing Loving Kindness Buddhism in Tibetan Buddhist. Hyper-gamma tracks range between 100 to 199 Hz. These are audible and supposedly stimulate spiritual development in new ways. Incorporating the gamma waves into the daily meditation practice based on the sample strategies in the user guide has shown many people the ways to energize their session. Others have reported feeling more centered and able to focus calmly in intense situations.

However looking through reviews I find that some people also listen to the tracks when they are not meditating, such as on a train ride home from work, to successfully achieve strong focus.

How is PMP different from other Brain Entrainment Programs?

While conventional programs are limited in their ability to stimulate the brain through only isochronic, binaural or monoaural beats, the PMP targets the brain and its dynamic rhythms with a more complex approach. The methods used by PMP include Exhaustive Binaural Encoding, Dual Pulse Binaural Signals, Harmonic Layering, Isochronic Entrainment, Temporal Entrainment, Biofield Entrainment and Carrier Frequency Therapy. PMP 3.0 also makes use of the belief that synchronization of the nervous system with carrier waves on a regular basis helps to develop new synaptic connections and dendrite growth. A combination of information and energy inflow, and a release of the chaotic energy is essential for the balance and growth of the brain. This is what PMP 3.0 tries to achieve.

I *really* like that this program emphasizes recovery and the human nervous system. In all areas of personal and spiritual growth, you are dealing with the nervous system going through a phrase of what could be called “discomfort” and then becoming reoriented at a new level.

The fact that PMP speaks to this and has integrated parts of the program specifically to help with this is a very good sign. 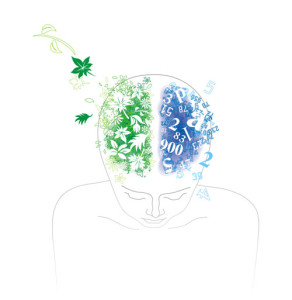 At $227 for the Full Spectrum package, the PMP is far cheaper than other brainwave entrainment programs of its kind. It is actually quite a bit cheaper than a comparable set of tracks from Lifeflow, which itself is far less expensive than holosync.

The ‘core’ program or starter kit to get you started will set you back by $177.

Online reviews suggest that customers who have purchase the Profound Meditation Program 3.0 have experienced improved qualities of life, deeper sleep, greater alertness and creativity, greater enjoyment in the process of meditation and the ability to quickly de-stress at the very least. More experienced users have achieved deeper states of spiritual consciousness and even mystical experiences.

When we get the opportunity (or if YOU would like to submit one, contact us at the link in the header) we will do a more personal review based on our own experience. I have done the 20 minute free demo, and can vouch for it’s potency as someone who has a lot of experience with Lifeflow and other brainwave entrainment programs.

Of course, I highly recommend you check out the free 20 minute demo as there is nothing to lose.

Click Here for the FREE 20 minute demo of the Profound Meditation Program by iAwake here.