A Transpersonal Approach to Addiction and Recovery

The truth will indeed set you free, but only if you recognize there is more than one kind of truth.
– Tony Schwartz

Transpersonal has been defined, perhaps enigmatically, as “beyond the personal” and “person plus.” William James, an American philosopher, psychologist, and Harvard professor—the first educator in America to teach a psychology course—first used the term in a 1905 lecture and is credited as the founder of the discipline of transpersonal psychology. While James had many scholarly interests— medicine, physiology, biology—the scientific study of the human mind was perhaps central to his focus.

Theories of the transpersonal are based largely in the study of states of human consciousness and the stages of its development, from pre-rational states to rational to those which extend beyond the ego toward deeper levels of awareness (e.g., psychic, subtle, and causal stages). A “deeper awareness” is believed to transcend, yet include, the state of awareness you held when you were frustrated in traffic this morning or at a time when you were focused on personal needs. These deeper or further states of awareness are believed to be not only possible to attain when consciousness is employed, but—in terms of human evolution—inevitable.

The field of transpersonal psychology, closely linked to integral theory, has at its foundation the theory of the spectrum of human consciousness. It isn’t new, exactly; some of its originators are such writers, philosophers, and teachers as Ralph Waldo Emerson, Hegel, Schelling, Sri Aurobindo, and Guatama Buddha. Those involved in developing integral theory further have created The Human Consciousness

Project, an endeavor much like the Human Genome Project but one which makes its purpose to map every “line, level, and stage” along the spectrum of human consciousness. About integral theory, philosopher and author Ken Wilber has written:

Known as the “perennial philosophy”–“perennial” precisely because it shows up across cultures and across the ages with many similar features–this world view has, indeed, formed the core not only of the world’s great wisdom traditions, from Christianity to Buddhism to Taoism, but also of many of the greatest philosophers, scientists, and psychologists of both East and West, North and South.

Understanding the nature of human evolution is its primary aim.

The Transpersonal, The Spiritual

The very nature of this spectrum of consciousness is considered by these theorists to be a spiritual reality. For many, this idea is simply a way of life as it has been across cultures and across time, while for others the very notion is foolish. (Transpersonal theorists would say that those who find it foolish are at the rational stage of consciousness development.) It’s important to distinguish transpersonal spirituality from conventional or religious belief systems; the transpersonal paradigm is grounded in the idea that religions that teach “this is the one true religion” are shortsighted in that they fall on lower rungs of consciousness development at the social level. Transpersonal spirituality does not center on a God that must be worshiped, rather a god-ness that is both immanent in all of creation, and transcendent to it— the ontological ground within which all humans and all of nature are a part.

Wayne Robert Teasdale, a Catholic monk, social justice activist, and the founder of the interspiritual movement, was profoundly interested in the universal elements that could be found in all the world’s major religious traditions. Interspirituality and the places of commonality among the world’s great wisdom traditions is a major area of focus in transpersonal psychology. 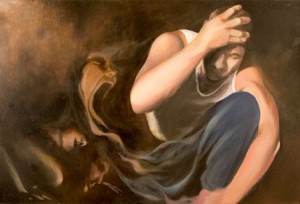 Addiction in the Transpersonal

From a transpersonal perspective, addiction per se becomes a process whereby personal-self or ego-identified awareness turns away from its true spiritual nature and becomes tied up with or attached to things in the world. More specifically, addiction attaches desire to specific behaviors, things, and/or persons, thereby enslaving the energy of desire. These objects of attachment then become preoccupations and obsessions; they come to rule our lives. In this sense, we are all addicted, as the same process of attached desire which underlies the addiction to alcohol or narcotics is also responsible for the addiction to ideas, work, relationships, power, moods, and fantasies
(Mohs, et al, 1988).

Transpersonal instruction mirrors many universalist ones in the notion that addiction (i.e., attachment) occurs in the pre-ego and ego stages of development when an individual unconsciously seeks to deny its true nature, usually as a result of an unconscious fixation on past traumas and the need to both protect the self from those wounds, as much as a refusal to move beyond them. In Buddhist philosophy (arising approximately 2500 years ago), for example, attachment (i.e. addiction) arises as a result of suffering—which is a basic quality of existence for all living things—and must be transcended for the self to become “free.”

The process of transcending addiction, however, is not as simple as recognizing its possibility; to be liberated from attachment, you must aim to become more congruent with what is considered to be the true or essential self. In the transpersonal paradigm, spiritual and personal congruency is a matter of human development even while all humans are thought to begin as addicts. Congruency occurs the more an individual becomes conscious of her actions, their consequences, and the mistaken beliefs which the false self uses to remain engaged in addiction.

“Healthy transpersonal identity depends on self-knowledge, self-regulation, self-mastery, and a new experience of Self in which separate egoic and existential identifications dissolve” (Mohs et al, 1988). The transpersonal psychologists and therapists who work with addiction issues must first have a grounded approach to these goals in their own lives, but anyone struggling with addiction is believed to be able to independently take the transpersonal path as a way of better understanding their addictions, and in recovery from them. Many Eastern and Western modalities may be employed toward this effort: meditation, yoga, clarifying the diet, and psychological therapies. What is central to specifically transpersonal psychological therapies, of course, is the idea of consciousness evolution and the spiritual reality within which it rests.

I came across your article this morning and just wanted to say hi.

I recently completed a dissertation at CIIS entitled: Piercing the Veil of Learned Helplessness; a Transpersonal Model of Addiction. In my work, I argued that our field of transpersonal psychology needs to move away from the 12-step approach if we are being true to our own theories. Simply put, if individuation is key to the recovery process, then seeking a higher power that is external to oneself is antithetical to our entire range of theories from Jung, Assagioli, Maslow, Grov, to Wilber. While a spiritual approach to recovery is important, we need to examine the underlying assumptions of what we mean when we use the word spiritual. And there so many discrepancies between 12-step philosophy and transpersonal theory.

While my dissertation committee applauded and wholeheartedly thanked me for my work, I naturally received a lot of flack from the 12-step community (even though I believe that my arguments are very carefully crated and researched). It seems that I have stepped on a religious tiger’s tail.

This morning, I wondered if anyone else had recently written about the relationship between transpersonal theory and addiction. I came across your site, felt less lonely, and hopeful that there will be others who will push through towards an authentic transpersonal recovery movement.

Thank you and take care,
Peter

Type above: “Carefully crafted” instead of “carefully crated”. Freudian slip 🙂

First, let me correct any misconception that Consciousness Junkie is my site. I can’t take credit for that. If its owner wishes to do so, I think he’ll comment, but suffice it to say he’s a very cool guy who cares about getting interesting writing on the subject of consciousness out there.

Next, congratulations on the successful completion of your doctoral dissertation, and from CIIS, no less! How wonderful that you were able to attend there.

“In my work, I argued that our field of transpersonal psychology needs to move away from the 12-step approach if we are being true to our own theories.” Yes, and yes.

I’m a freelance writer with a specialty in psychology and addiction but a passion for integral studies. I wrote for over two years for one of the largest suite of addiction rehabilitation services facilities in the US. Needless to say their approach is not only mainstream, but 12-step based. I’m excited by the mainstreaming of disciplines like the sociology of medicine, which takes a far more inter-disciplinary approach to pathology (researching the combined impact of society, environment, and class or trauma on individual health, for example).

I’d be very interested to read your dissertation. Perhaps you’ll be turning your work into a book; we could certainly use more of those on the subject from this perspective. I recently read Gabor Mate’s In the Realm of Hungry Ghosts and Lance Dodes’ The Sober Truth. Both take on the 12-step model, though from a different angle.

I can be reached at mostlyitsmychi at gmail. I hope you’ll reach out, Peter, and thank you so much for sharing your comment here.

I read your blog, it was really helpful for everyone. Really looking forward to seeing more of your blog. Really good content. I’m looking for Family counseling in bucks county pa, and saw your post this was fantastic.. Thanks

This has got to be the Best article I have ever read on the subject, Julie.
I am a transpersonal psychotherapist specalising in addiction work amongst others since a long time.
Thanks so much.
Do email me if you receive this.
Would love to discuss the theme further with you…?

Whenever I encounter discrepancies or a dialectic, ie. 12 steps recovery and transpersonal psychology, I look for the common denominators that that bring truth to higher level of synthesis. In this regards, may I suggest two references:
1. The Wide Open Door: The Twelve Steps, Spiritual Tradition and the New Psychology by Tav Sparks
2. The Twelve Steps & The Baha’i Faith by Justice Saint Rain