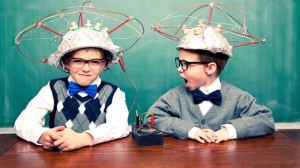 Of course, we are not talking about gawking at the masculine sex, but the source of where the name came from is just as odd and trying to make sense of it (or any of the Access Consciousness clearing statement) is futile. Gary Douglas says, ‘If we could use our logical mind to figure out consciousness wouldn’t we have done it already? The brain is a calculating system that defines what you already know.’

Gary was looking for a word that matched the things that have to do with when we try to handle something continuously with no effect.  It is like peeling an onion trying to get to the centre and getting nothing but tears. The ‘layers’ that we keep pulling away are not really onions they are ‘nucleated spheres’.   Gary saw the movie ‘Boys in the Hood’ and saw that the story line matched with these nucleated spheres so he used ‘Boys’ from the movie title to identify that energy.

Have you ever had a bubble pipe with lots of chambers when you were a kid?  Nucleated spheres are like the bubbles we keep popping, but they keep popping, filling up the chambers and coming back.  We are dealing with the bubbles at one end of the pipe but the source of the problem is somewhere else.

Gary discovered that we are trying to deal with an issue that cannot get resolved as we have misidentified the source of the issue.  So what are these returning problems?  We have a problem niggling at that back and we want to solve it, we don’t know how so we search for the solution.  The trouble here is that we may come to conclusions and conclusions will give us a full stop, one answer to rule them all, but none of those conclusions are changing the issue.  This may be the way we were taught to solve problems.  And what if we were creating problems to solve?   In order  to change any of this,  the Access Consciousness tools and clearing statement invite us to empower ourselves by asking questions with no answers, no conclusions, no full stops, which then open up a space of possibilities.

Maybe, our mother is sad. We try to solve the problem by doing the same action we think works to solve the problem.  We think the problem is that we don’t show our love enough, but if we actually look at what the truth is behind all that maybe it has nothing to do with showing love at all, maybe she required something totally different.

Let’s look at those who are diagnosed as being mentally ‘ill’.  Those who are directly affected by this try to look to what is taught to us as the ‘right’ way to solve or deal with this issue by going to the doctor and getting a diagnosis of how they are wrong or have a dysfunction or disability.  Many ways to deal with the issue in hopes to solve it or make it better are, medications, confinement, counselling, electrocution, diet, parenting, boot camp, humiliation, and the list goes on.  If we truly look at this, and even if small percentages get some change out of these, does it really ever get to the true source?  Does anyone truly know what mental disease (dis-ease) really is?  Many have discovered there is a hoax created here.

Access Consciousness has a different point of view and would like to present a different possibility to those who know there must be something different available.  Those who actually perceive the heaviness that comes with the discussion of mental disease, disorder, and what society views it.  What if these disorders were not disorders at all?  What if they were unacknowledged gifts?  Talents we do not understand… yet.  Is it possible that these people are psychic in a particular way?  For example schizophrenics are known to talk to ‘others’, invisible people, or aliens.  What if they actually were doing this?  What if their exaggerated expression of crazy was their way of validating society’s judgement of them being crazy?  If they had the support of their gift at a young age and were given information to guide them, what might be different?  Let us look at some cultures.  Aboriginals who are known to have Shamans and speak with spirits seem to be widely accepted and never judged as ‘crazy’ or ‘insane’.  Is the reason because they were acknowledged for the gifts they have and were able to use them freely without judgement?  Those people are strong, confident, and respected, while we have people on the streets, hospitals, and homes who are lost, angry, and confused.   Some may argue that they are not the same thing.  We challenge you to look at it and to have your own point of view.

So, pertaining to re-occurring problem that never seems to get resolved, is it time to try something different?  Perhaps looking at those people and looking to see what is magical about them not what is wrong, sick, and annoying about them?  What if that sent a ripple out to those who were inspired to choose the same thing?  How much would that change then?