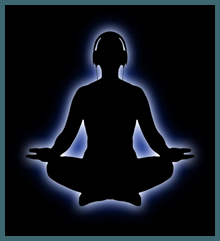 I assume anyone searching for a comparison between the Profound Meditation Program by iAwake and Holosync already has some level of background as to what these two things are, so we will quickly dive into details about the two.

This is more of a factual overview of what you get with each, prices and so on. While I am highly impressed with the iAwake program and have found it to be most effective, the only comparison I have with Holosync is their free demo. If anyone would like to contribute a more experiential comparison between the two, please contact via the link above or leave a comment as this is something we would commission.

The Holosync program, created by Centerpointe Research Institute founder Bill Harris, is one of the pioneering programs that has made brainwave entrainment available to the general public. The program is divided into three stages, namely, “Awakening,” “Purification,” and “Flowering” and each stage has 4 levels each. The creators of the program recommend that it be used in the proper sequence because it is a system that works progressively. The user goes into a deeper meditative state with each level.

Beginners start with the “Awakening Prologue” which is actually the only level available in the website of Centerpointe. Subsequent levels are offered to those who have finished the introductory level. After the prologue comes “The Dive” which brings the brainwaves to the delta level. Next is the “Immersion” which locks users’ brainwaves in the delta frequency for about half an hour. It is recommended that users listen to The Dive part before they move on to the Immersion portion. Later versions of Holosync also include “Floating,” “Quietude” and “Oasis” components that can enhance relaxation and assimilate changes in the brain. All stages of the Holosync system comes with The Dive, Immersion plus the extra components.
Holosync uses soundtracks that play tones in each ear with a slight difference in frequency, both below what the human ear can actually hear. This, according to Centerpointe, quickly lowers the users’ brainwaves from high alpha to deep delta which has a frequency ranging from 0.1 to 3.9 Hz. At the deep delta level, people can experience trance-like consciousness that can help them in their practice of meditation. Users can also add personal silent messages to the soundtracks in the levels after the Prologue. They just need to specify the messages upon ordering and Centerpointe will record it for them. The messages are actually self-affirmations stated in the present tense such as “I am rich” or “I feel healthy.” Such messages can supposedly help individuals change their old behaviors and beliefs.

Personally, I am not a fan of such messages if one is interested in what might be called the spiritual track of awakening and self inquiry as opposed to the self-help track. I prefer to use meditation to clear the mind and go beyond stories and concepts of self, not to “reprogram” to a better self. For such things, I would prefer something that consciously works with this such as visualization, EFT and so on.

You can get the Awakening Prologue CD of Holosync for $179 (plus shipping and handling). The package includes four additional soundtracks on top of the basic program CD. You will also get a “secret CD” a couple of months after you have started the program. The additional Holosync levels sell between $140 to $240 including shipping and other fees. There’s also an additional $20 fee for people who would like to change their affirmations. The full course or all thirteen levels of Holosync cost around $2,000.

The iAwake Profound Meditation Program 3.0 goes beyond the use of binaural beats. The program actually incorporates different technologies mean to affect the brain. It combines brainwave entrainment with psycho-acoustic techniques, energy therapies and dynamic brainwave patterns. The result is said to be a more natural meditative experience. It is also reported to decrease the feeling of being overwhelmed which is a complaint of some of the people who have used other programs.

One exclusive feature of the iAwake is the use of what the developer of the program calls the biofield entrainment technology which combines the different cutting-edge developments in the fields of energy and information medicine. Unlike other brainwave entrainment programs, iAwake does not solely rely on the use of sounds to entrain brainwaves. The biofield entrainment technology is created through the use of a proprietary amplification processes. Much more detail can be found on their website (link below)

The Releasing Meditation CD is meant to provide a break for users who are starting to feel overwhelmed by the meditation experience as it evokes brainwave patterns related to deep emotional release. iAwake is not strictly a linear system so the different tracks can be mixed and matched depending on the user’s desired effect.

This is like having a set of comprehensive tools. They can take you *very* deep but with instructions on how to approach it, with the integration of releasing tracks to provide balance. It is organized in a way that you can follow a set trajectory, and a few suggested approaches are also detailed in the user guide depending on ones level of experience with meditation.

You can download the iAwake Profound Meditation 3.0 Full Spectrum Program for $227. If this is too much for you, then you can simply order the starter kit which is more affordable at only $97. It includes 6 20-minute tracks and an extensive user’s guide.

Obviously, getting the complete set of tools and levels of brainwave entrainment for $227 is a fraction of the cost of Holosync’s full program. This can create the impression of it being a “cheaper version of Holosync” but I would highly advise against assuming this, especially after using iAwake myself.

Both Have Free Demos – So Try For Yourself

I have used Holosync (Awakening, and Level 1) for many years, and I have just bought the iAwkake starters kit, so I will be able to give you a in-depth comparison of the two in a few months after I have used iAwake for a while.

Holosync does work, for me the biggest benefit has been a profound reduction (virtually elimination) of high anxiety, along with a much greater ability to be present in the moment. I am sure I have had other benefits from holosync, just from doing the first 2 levels over many years as well. What I will also say is that the overwhelm I experienced from Holosync was really intense, and not fun at all. I bought iAwake as it seems from what I have read to be better as far as helping with this overwhelm.

Thanks for visiting and sharing the details!

Yes, iAwake really have taken care with this one to break down the tracks in various levels of intensity, and provide a lot of guidance in terms of how to approach them, inner work techniques for dealing with the overwhelm and some releasing tracks. I really appreciated the seriousness they treat this with as a practice and the whole tone surrounding it, which is what drew me to check them out further. I think what you described here is really useful particularly for a beginner. If you were to start Holosync tomorrow with the meditation experience you have now, maybe you wouldn’t experience the overwhelm as much, and everyone is different so it is useful to talk about how different programs approach the subject.

Please write me after you spend some time with it if you would like to be commissioned for the comparison!

certainly, I would be happy to give a more detailed comparison of the two for you. I only just started using the intro PMP kit from iawake, so too early to tell. What I can tell you is that iawake are very proactive with their guidance. As well they have a number of other products that might be a good way for a complete beginner to start with as well. With holosync (centrepointe), they do offer email and phone support, but I used both during one period of overwhelm and I was given no real help beyond what I could read on their website. Will post back when I have more experience with iawake. Thanks.

it has been a long time since I posted my first few replies, and I have worked with iawake now for maybe a year and a half or so.

It is hard for me to assess whether iawake is more or less effective than Holosync, I guess as much of my biggest breakthroughs, including a noticeable reduction in my general stress and anxiety levels, occurred through the use of Holosync. What I can say is that I have not experienced any severe overwhelm with iawake, and they have quite a few ancilliary audio programs apart from their main PMP program; a few of which I have purchased. I do think that the changes I have experienced with the iawake program have been more gradual in nature, but I certainly feel that my focus and stress levels have gradually improved in the time I have been using iawake. I do know that with Holosync, I had some quite profound experiences, as well as some extreme and scary overwhelm, but I haven’t had either to any great degree with iawake. A big plus with iawake is that they have a great support system, weekly coaching calls and a facebook group, so that fact along with the fact that overwhelm is not really an issue with iawake would have me recommend iawake for anyone (along with the fact that they are considerably cheaper than Holosync, too).

I wish I had the ability to be able to more objectively assess iawake as compared to Holosync, but I can’t. But the bottom line is that I think that more people would find iawake to be a gentler, and perhaps as equally effective and affordable alternative to Holosync.

Thanks so much for these super helpful comments. Your personal experience is in my opinion far more helpful to others than trying to objectively assess things because it is likely that most people who try this are going to have their own combination of different materials, practices etc. they have already used. Thanks again.